How We Train the Recall

Far and away the most common training request we get from clients is “I just need the recall” so we thought it might be worth laying out the process we use to train this command. 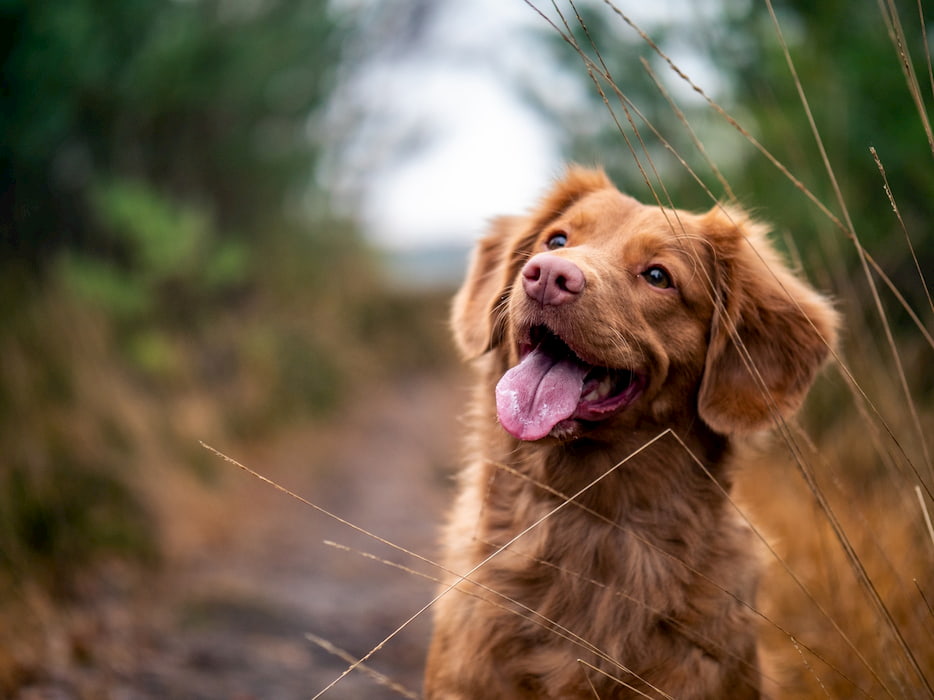 For starters, let’s remember one of the cardinal rules of dog training: make good behavior rewarding, and bad behavior unrewarding. The entire process of training the recall hinges on teaching the dog that when I say “come here” he will either get a big reward if he comes, or something unpleasant if he ignores.

Recall training begins with teaching the dog that when I say “come here” I will produce a treat for him. Now, before you balk at the use of food in this training, keep reading – the recall is one of the only places where we consistently use food. You see, food is to dogs as cash is to humans. That half-eaten sandwich he finds in the bushes at the park is like you or I finding a stack of fifty pound notes down there! Giving your dog a big food reward when he comes to you is a simple matter of incentives – it’s relatively easy to come to you and it yields a big payday.

We start indoors. I call the dog saying “Fido, come here” and when he is right in front of me I slip one hand through his collar and with my other hand produce a high value treat. I’m not talking about a biscuit here, I’m talking about a freshly cooked piece of liver or sausage, something really special. Recall training should be the only time you give the dog a treat quite like this. We want him to associate the recall with this very special food that he only gets when he obeys the recall. Don’t overdo this step. Two or three repetitions per day of “Fido come here” followed by a big reward is plenty. Once I have a dog who is beelining it to me indoors when I say “come here” then I start taking this exercise outside to the park. 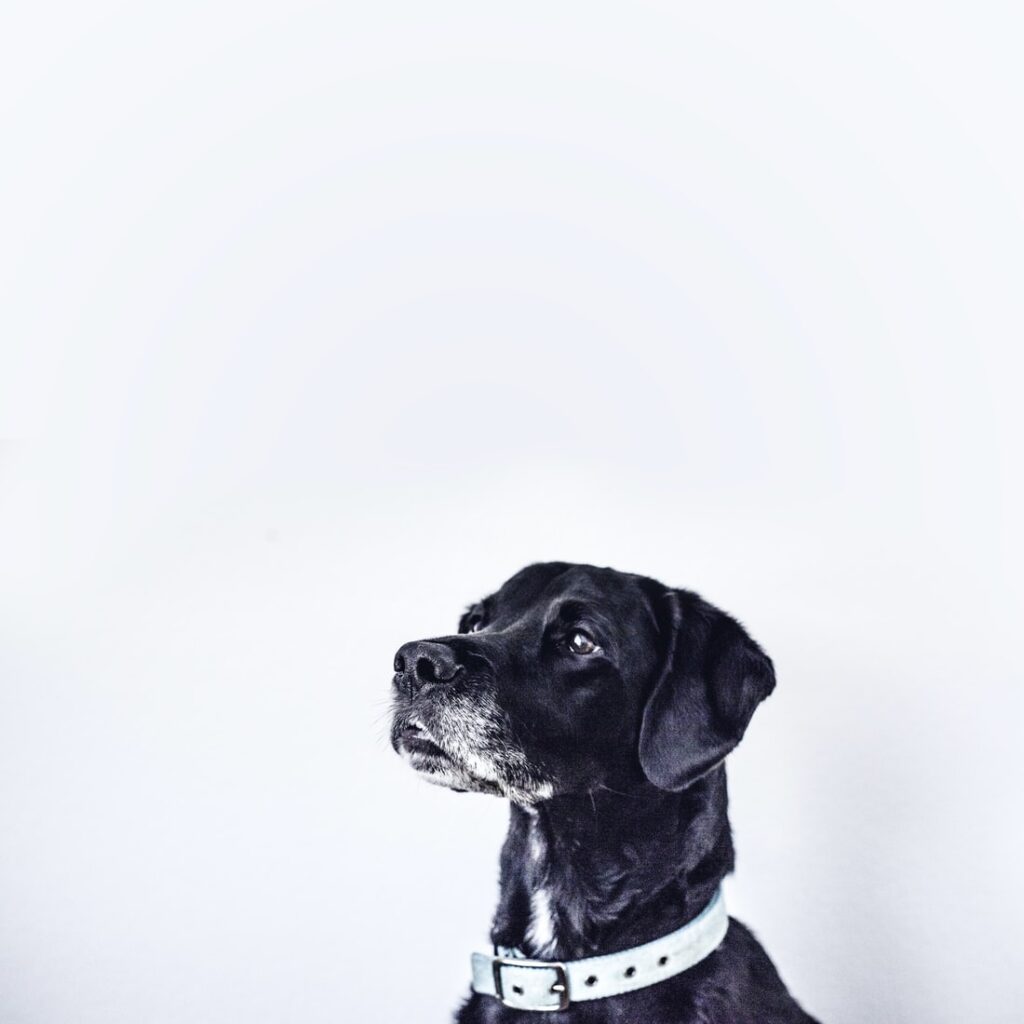 But what do I do when I’m out at the park and I’ve called my dog, I’ve got his big reward ready, but he disobeys? Here’s where we bookend the reward we’ve been using for good behavior with a correction for bad behavior. When I’m out at the park, I’ve called my dog, and he disobeys, I give him a correction. He must learn that obeying my command yields a high reward and disobeying yields a correction. So, how do we correct a dog who is off leash?

I have my dog drag a long line attached to his collar. The line should be about 30 feet in length. I need to teach Fido that once I’ve issued the command “come here” he must beeline it straight to me. Any other response will yield a correction. To correct a dog who disobeys the recall pick up the end of the long line and give it a little jerk, then reissue the command “Fido, come here.” If he doesn’t turn around and run straight to you, take a few steps to your left, give the line another little jerk, and reissue the command “Fido, come here.” I continue this process over and over until Fido comes straight to me. When he does finally come, I stick a hand through his collar, and give him his treat. It doesn’t matter how many corrections I had to give him to get him to come, I always reward the behavior of coming to me with a big high value treat.

Once I’ve got a dog who reliably comes to me when called it’s time to proof the command. Proofing just means that I ask the dog to obey in environments of increasing distraction. It’s easy for a dog to come when nobody else is at the park and all is quiet, but it’s much harder when there is a cat to chase or a group of dogs playing. Start your training with the lowest level of distraction and slowly step it up. Build on success and never ask your dog to come to you if you are not in a position to follow through on the command! You will get nowhere in your recall training if you ask your dog to come in a high distraction environment before you have consistent obedience in a low distraction environment.

Q. So, does this mean I need to have a piece of liver in my pocket every time I go to the park?

A. No. Once I’ve got a dog who is reliably responding to the recall even in high distraction environments I start varying the reward. Sometimes he’ll get his liver, other times he’ll get a nice scratch behind the ears and some smiles and kind words from me, other times I might throw a toy for him or engage in a game of tug as the reward. The important thing is that the dog get something pleasant for obeying. You’ll find with most dogs that if you stop rewarding with something meaningful, they’ll stop obeying. I recommend that once you’ve got a strong recall on your dog and you’re interspersing non-food rewards with food, that you still bring out your liver or sausage reward at least once a week. We want the dog to think that if he comes when called he’ll at least get a pat and a smile and he could get something as special as liver.

Q. My dog has a great recall except when other dogs are around, there is a squirrel to chase, he’s found something in the bushes etc…what can I do in these situations?

A. Dogs learn through experience. If you want your dog to stop mid-chase and turn around and come to you you will need to proof his recall under those conditions. Clip his long line on and actively seek out the stimuli that regularly cause him to ignore the recall. Then, when he’s mid-chase or has just found something in the bushes etc., tell him to come and correct him if he ignores you. If your dog does not have a strong recall even without the presence of these distractions then you are not ready to proof the recall at this level. Go back to working your recall in a lower distraction environment until it’s more solid, then try again.

Q. My dog sits or lies down and refuses to move after I give him a correction. What should I do about this?

A. This is a classic response when a dog either doesn’t understand what you want or you have over corrected him. Don’t introduce the corrections until you have a consistent response using just your treat in a low distraction environment. Also, the correction should not be too hard – you are simply trying to redirect the dog’s attention to your command and away from whatever distraction is causing him to ignore you. Think of it as a little flick behind the ear. Do not drag the dog to you using the line and do not yank the dog around – neither will get you anywhere on your recall, and it is not fair to the dog. If you find yourself working on the recall and your dog shuts down like this, stop the training session and pick things up the next day, or even better, return to a command your dog can easily and happily comply with (perhaps a quick sit-stay), reward him for it, and end your training session there on a high note.

Q. I want to start recall training right away with my new 8 week old puppy. Can I use this method?

A. Yes and no. I do not recommend using corrections like this with a dog until he is at least 6months old, but you can begin the treat training exercise detailed in step 1 right away. After that, the best way to prepare your puppy for recall training is to get him used to dragging a long line at the park (which is also an excellent way to allow him to experience being off leash while still maintaining some safety and control) and to play a game of hide and seek with him. Go to the park with your pup dragging a long line and try to initiate a game of chase with him. I like to say the dogs name and then run away from him a bit. Then I hide behind a tree or a bench or whatever and let the dog find me. When he finds me I put my hand through his collar, give him lots of praise and maybe a treat, and then run to the next hiding spot. This teaches the dog to seek me out which is an excellent foundation for training the recall.

One final word of advice – once you’ve gone through all this work to train the recall DON’T BREAK IT! You can ruin your dog’s recall by reprimanding him for taking too long to come to you (every time he comes, no matter how long it took, he must be rewarded)! Also, don’t just use the recall when it’s time to leave the park  – give your dog a little credit, he’s going to figure out that the recall is quickly followed by leaving the park and he’s not going to want to obey – that little bite of sausage isn’t worth leaving the park. 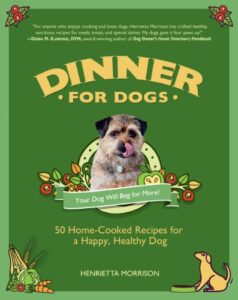 Book Review: Dinner for Dogs: Home Cooking for a Happy, Healthy Dog If you’ve read our blog you know we believe wholeheartedly in feeding dogs 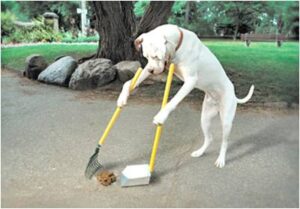 If I Could Train Dogs to do this I’d be a Millionaire If only this was possible.. don’t we all wish.. I love this.. If 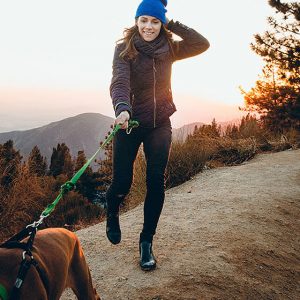 Cardinal Rules: You Can’t Be in a Hurry

Cardinal Rules: You Can’t Be in a Hurry This morning I had the privilege of working with a lovely (albeit slightly nervous) Jack Russell cross